ULiège researchers discover a new species of fish thanks to sounds 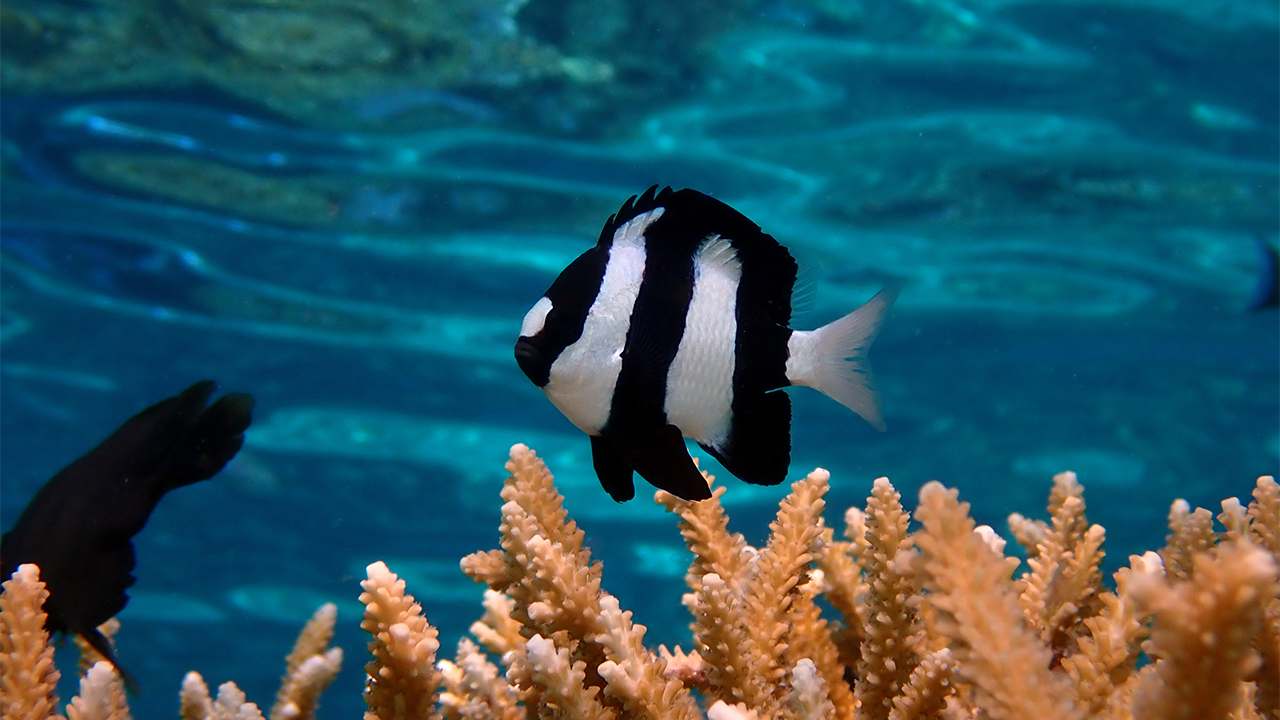 Researchers from the Functional and Evolutionary Morphology Laboratory of the University of Liège have discovered, following three scientific missions to Madagascar, Polynesia and Taiwan, a new species of the damselfish family (Pomacentridae). Dascyllus emamo first identified as Dascyllus aruanus  has been differentiated thanks to the sounds it emits. This discovery was published in the Zoological Journal of the Linnean Society.

lothes don't make the man. Eric Parmentier, Professor of Biology and Director of the Functional and Evolutionary Morphology Laboratory (FOCUS Research Unit / Faculty of Science) and his team at the ULiège University of Liège discovered an oddity in the analyses of sounds they recorded from different populations of Dascyllus aruanus, a fish that lives in the tropical waters of the Indo-Pacific region. Analyses of calls emitted during mating periods and territorial defense have conducted the team to propose a new species. Here's a look at the facts.

In 2009 (1), we carried out a mission in Madagascar and another one in Tahiti to study Dascyllus aruanus - commonly known as the white-tailed damselfish - a species of fish whose populations were separated by a distance of about 15 000 km," recalls Prof. Éric Parmentier. By analysing the acoustic data, we realised that fish of both populations, which 'sing' while doing a dance, were not in fact emitting the same sounds. The researcher then thought he had uncovered the presence of a dialect in the language of fish. In 2014, however, two studies (2,3) on fish populations indicated that these populations of the same species could be two different species having however the same phenotype: they are physically similar in all respects while having different genetic profiles. It results the Madagascar fish (representing the Indian Ocean) became Dascyllus abudafur while the Pacific fish (Dascyllus aruanus) kept its name.

The story could end there. Except that in 2017, during an expedition to Taiwan (in the Pacific), still with the aim, among others, of recording the sounds of the White-tailed Damselfly, Éric Parmentier and his team made a new discovery. "One of my students in charge of the comparative analysis of the sounds collected in three different locations (Polynesia, Madagascar and Taiwan) confirms, as it had been the case eleven years earlier, that the sounds of Polynesia and Madagascar differ. Moreover, sounds of Taiwan also differ from the first two populations. From a physical point of view, however, we were looking at a fish with the same face". Back to genetics: the populations of Taiwan and Polynesia, living in the same ocean, also show significant genetic differences. It means we had three populations of fish that have sufficiently marked genetic differences to reflect distinct specific statuses, but which present the same aspect," smiles Éric Parmentier, "this is what we call cryptic species. In addition to genetic differences, these species also have differences in the sounds they make. Thus the distinction between populations that evolve to form new species would appear at the level of communication before the physical aspect". The scientific team hypothesizes now that the analysis of the sounds emitted by these fish - before the genetic analysis - has allowed them to highlight a new species. As for naming it, the researchers wanted to pay tribute to the place and the historical author of the discovery, while respecting the rules of nomenclature. In 1830, a certain René-Primevère Lesson, a French zoologist and ornithologist, discovered this fish and decided to call it "emamo", the name given by the Polynesians to the said fish," explains Éric Parmentier. One hundred and ninety years later, we propose to use this name and to name the Tahitian fish Dascyllus emamo. The scientific article related to this discovery has been accepted and published (4). The researchers are now waiting for the International Commission on Zoological Nomenclature in London to officially validate this new species.